WHO IS CONSIDERED A REFUGEE?

According to the United Nations High Commissioner for Refugees, based on the Article 1A of the 1951 Convention, a refugee is defined as “someone who is unable or unwilling to return to their country of origin owing to a well-founded fear of being persecuted for reasons of race, religion, nationality, membership of a particular social group, or political opinion” (UNHCR, 2021).

Because the return to the home country is dangerous for refugees, they are protected by international law, according to which they cannot be forced to return to precarious and unsafe situations thanks to the principle of “non-refoulment”, which is embodied in the Article 33 of the 1951 Refugee Convention. 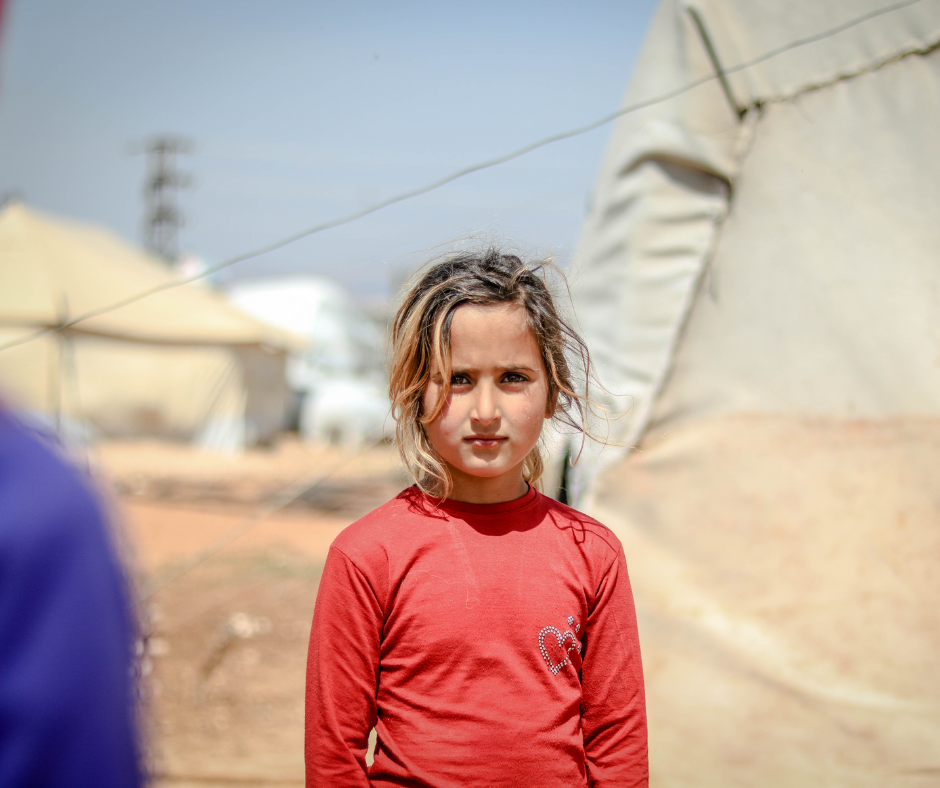 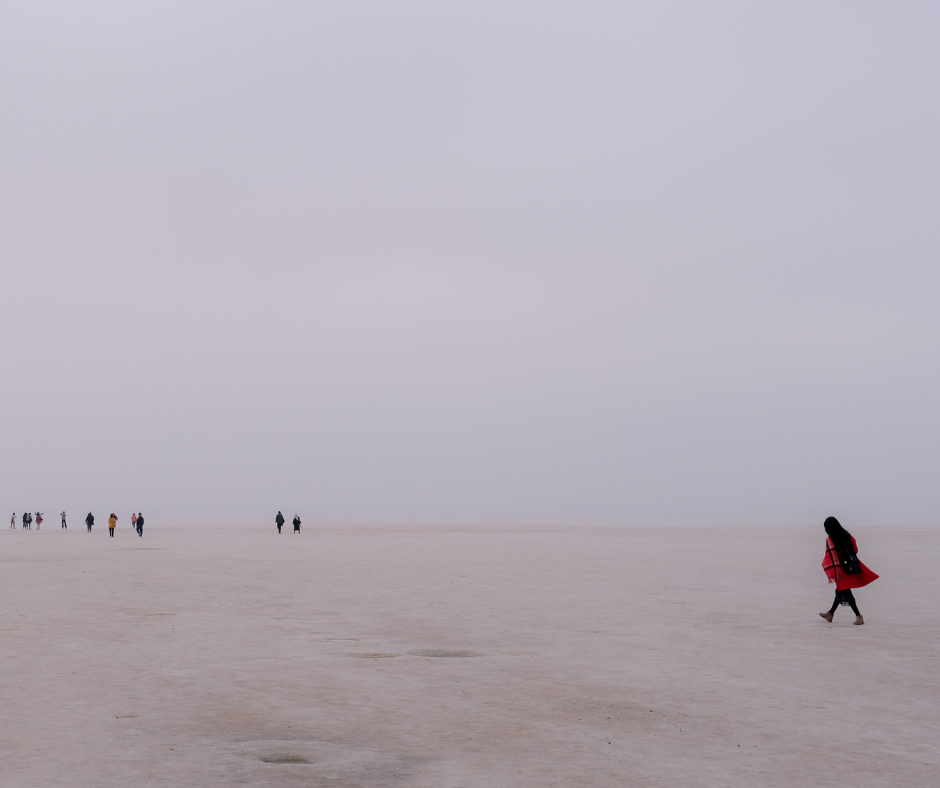 HOW DOES ONE ACQUIRE THE REFUGEE STATUS?

Although the definition of “what is a refugee” is internationally standardised, the procedure to acquire the refugee status considerably varies from country to county as a result of different legal and administrative structures (UNHCR, 1977: 23).

For example “all refugees in Europe, whether minors or adults, are required to individually apply for asylum with the authorities of the country where they first arrived” (Connor, 2017). If the asylum seeker application gets approved, the person is recognised as a refugee by the United Nations High Commissioner for Refugees (UNHCR) and is offered legal protection, residency status – for a certain amount of years – and, as a result,  the right to work in their new country (Connor, 2017).

However, it is important to note that European Union member states “may lay down that the granting of benefits with regard to access to employment, social welfare, health care and access to integration facilities requires the prior issue of a residence permit” (Gil-Bazo, 2006: p.26). This means that certain socio-economic benefits are not directly tied to the refugee status, but rather dependent on a residence permit. The latter, has nevertheless a limited validity, which corresponds to 3 years for refugees, and 1 year for persons with subsidiary protection. Therefore, renewing the residence permit is a necessary action for refugees, but this can be problematic for two main reasons. On the one hand, refugees could neglect, forget, or not be aware that their residence permit needs to be renewed while, on the other hand, their host country can deny the renewal if it finds the applicant to be “a danger to the security of the Member State” (Gil-Bazo, 2006: p.27) and therefore deny all the benefits that come with it.

However, on an international level, the number of refugees and asylum applicants appears to be much higher than Finland. For instance Germany is the biggest host country for refugees in Europe, where about 1.2 million refugees currently live (UNHCR, 2021). In other words, each country faces different challenges when it comes to hosting refugees. It is however important to remember that migrating populations often travel to neighbouring countries, to countries where they have family members, or where they have a better knowledge and understanding of the place and its living conditions, which can partially explain why some countries accept a higher number of refugees than others. 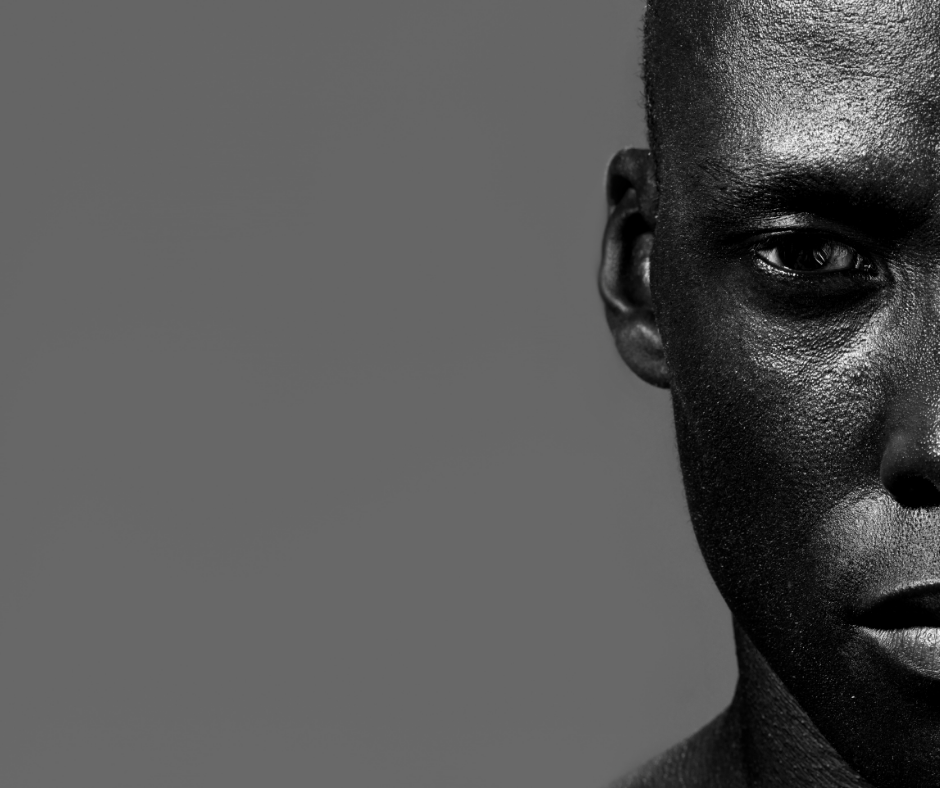 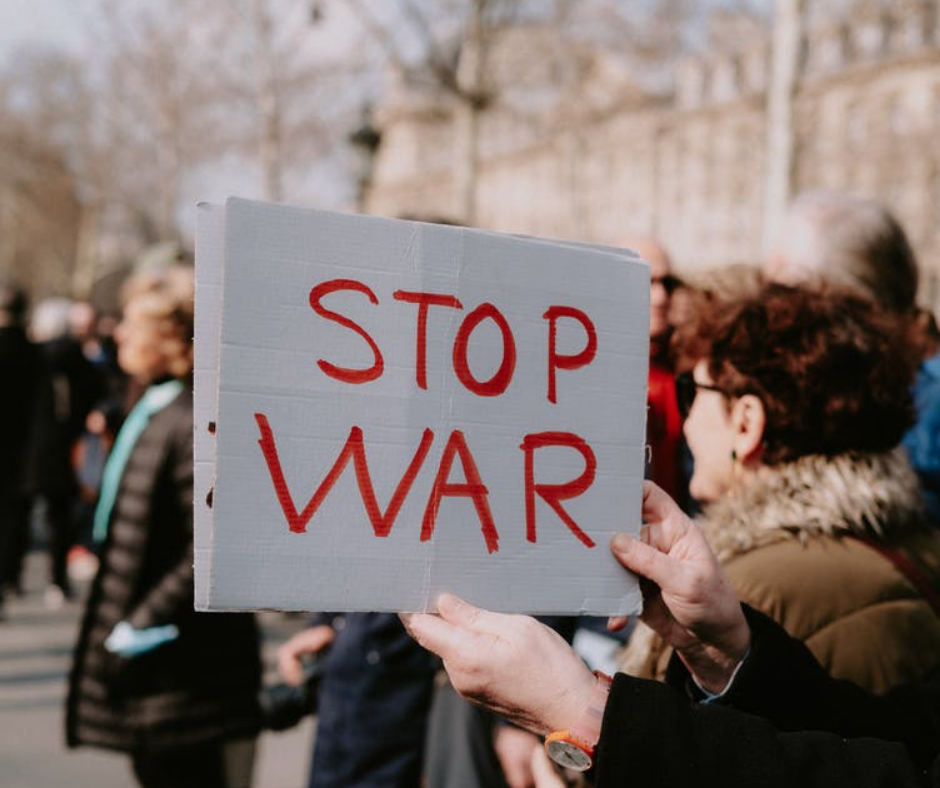 THE JOURNEY TO A BETTER FUTURE IS NOT AN EASY TASK

Any migration process starts with a period of “movement”, arrival and settlement in the host country. The duration, as well as the particular circumstances of the trip can have a major impact on people’s mental and physical health. Many migrants and refugees will experience some form of distress such as feelings of anxiety and sadness, hopelessness, difficulty sleeping, fatigue, irritability, anger and/or aches and pains (WHO, 2021), which poses refugees at a higher risk of developing mental health issues or addiction disorders.

In this regard, mental and psychosocial illnesses are a significant health problem particularly affecting newly arrived people. Specifically, refugees are prone to mental health diseases including depression and post-traumatic stress disorder (PTSD), as well as substance use disorders like alcoholism and drug abuse in response to traumatic experiences (Pavli & Maltezou, 2017). The potential exposure to illicit substances, alcohol, violence and sexual abuse poses a particularly high risk to mothers, minors and unaccompanied children, making these groups even more vulnerable.

In addition, language difficulties, cultural and religious issues, racism and unemployment may further aggravate mental problems. Risk factors for mental illness in migrants and refugees also include age, gender, lower socio-economic status and lack of social support” (Pavli & Maltezou, 2017). According to the World Helath Organization, asylum seekers also tend to be at an elevated risk of suicide (WHO, 2015).
There is no doubt that refugees and migrants remain among the most vulnerable members of society faced often with xenophobia, discrimination, poor living, housing, and working conditions as well as with inadequate access to health services (WHO, 2021).

It is important to remember that everyone who finds themselves in a dangerous situation and decides to flee a country is a refugee. Nobody abandons their home and their country without a well-founded reason for doing so and it is everyone’s right to feel protected, safe and accepted into a society.

All that being said, it is crucial to have a non-judgmental understanding towards refugees irrespective of where they come from. It is important to understand their longing for a better life, to respect their decisions, and to treat them equally as everyone else. As far as mental health goes, most refugees go through traumatic experiences in their journey, therefore increasing their vulnerability to mental health issues and addictions.

Although the migrant community in Finland reports a higher number of mental health issues and addiction disorders than native Finns, a recent register-based study also registered a lower mental health service use among migrants than native Finns (Kieseppä et al., 2020). As a result, it is crucial that refugees and migrants know and understand what type of services are available to them, and how to get the help and support they need for a better quality of life. Helping one person might not change the whole world, but  it could change the world for one person! 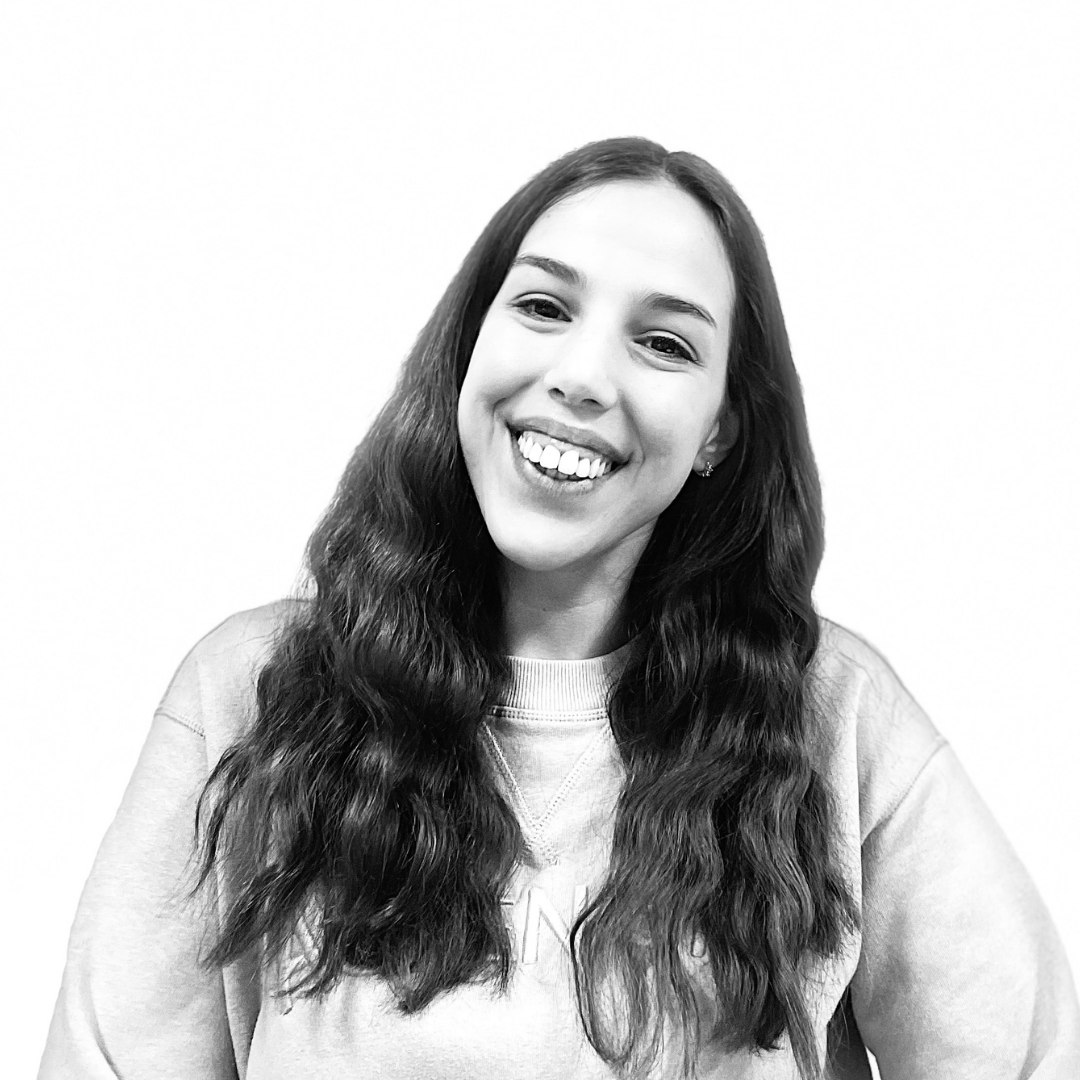 Maria ArmaouIntern in the prevention of substance abuse and mental illnesses
For any questions, comments, or concerns about this article please contact: maria.armaou@samha.fi

Remember: it can always get better, the first step is yours!

SAMHA RY is here for you. If you need someone to talk to, to listen, and who can help you get better-contact us today.

If you need help don’t hesitate to contact us right away. We are available Monday-Thursday 10-17.00 for an appointment, reserve an appointment online, or contact us via Whatsapp, Phone call, email, or social media. 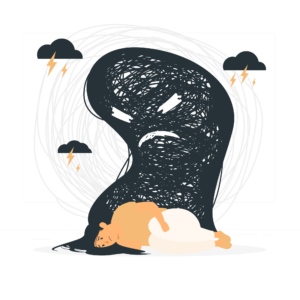 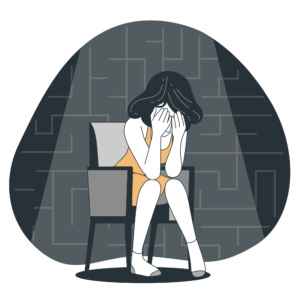 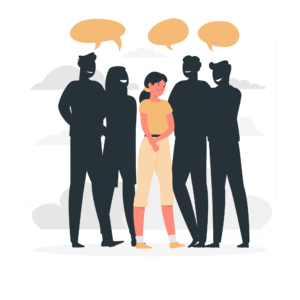 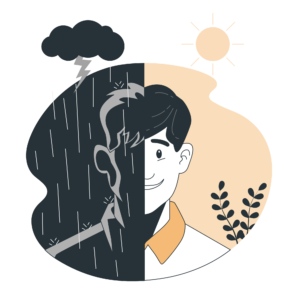 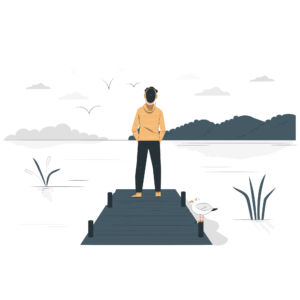 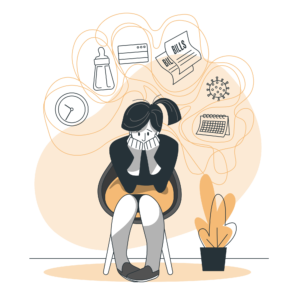 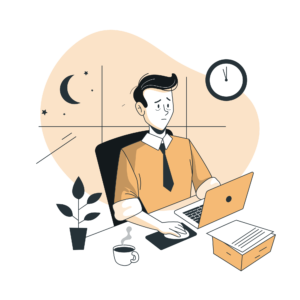 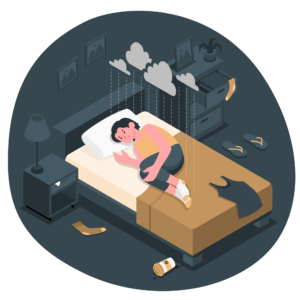